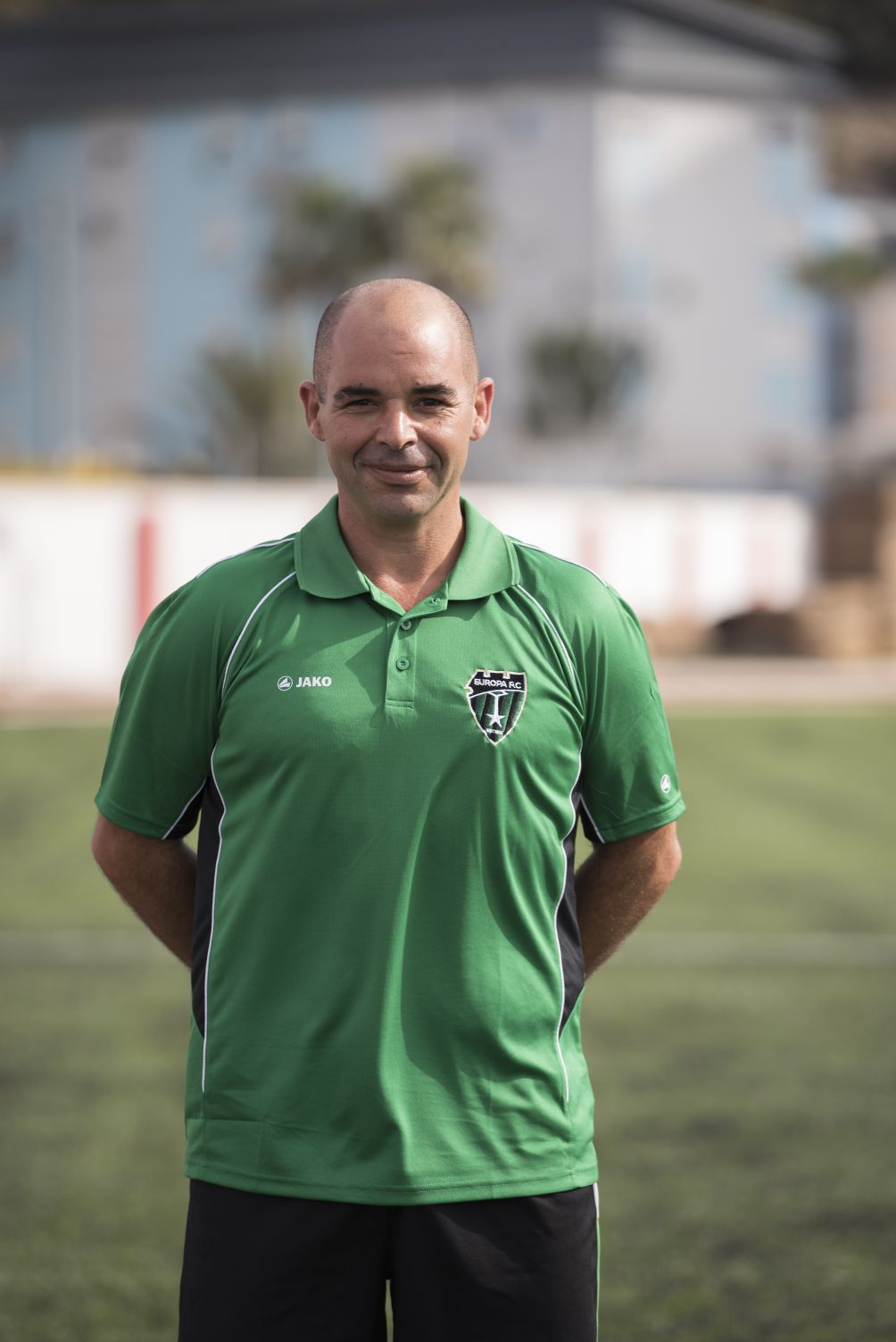 When it comes to Europa FC we are not just about Premier Division Football. The Europa family is all about its youth, which, within a decade we hope will be able to become the core of the first team squad and provide more Gibraltarians for our national team than ever before.
To this end, every week we will be taking a sneak peak into what the Greens are doing in the youth ranks, courtesy of Gibraltarian youth coach Stephen Fortunato. This week he is presenting the managers of the respective teams who will help us start to understand how much effort and sacrifice it takes to make it to the top. Each week we will learn something more about the way the teams are doing at the different levels.
‘Unlucky loss’
Argus Under-14 League:
Gibraltar United 3 v 2 Europa Masbro – 25 November 2017
Manager: Chris Edwards
“This was our best performance of the season when we played the really good football but still went down 3-2 to Gib Utd,” said Chris Edwards. “We passed the ball better, had more possession and created more chances but just couldn’t score the goals. We had to fight back from two down, one which was soft goal from a corner.
“William Duthie got us back in the game in the 23rd minute before Adam El Kaissi equalized in the second half with a low drive into the bottom corner. At 2-2 it took great saves from the Gibraltar United keeper to stop Eli and Zac from putting us ahead only to get caught out to a sucker goal with five minutes to go.”
In the end it was a very frustrating game but the coaches had every reason to be proud of their boys for the best performance of 2017 so far.
‘Game of two halves’
Under-7 League:
Gibraltar United 4 v 3 Europa – 25 November 2017
Manager: Alfred Garro
*1st half:*
We had a good start to the match with a few scoring chances and possession being equal up to this point. After our substitutions in the fifth minute the team lost possession and we conceded two goals in quick succession, as a result of the pressure our opponents applied. Still, we kept going and tried to play our game and had chances of scoring. However, we were caught out twice by Gibraltar United counter-attack and the half-time score was four-nil.
*2nd half:*
After the team-talk the boys went out with an incredible attitude and were short of completing a comeback that only true champions are capable of achieving. Evan Garro scored a great goal six minutes into the second period by beating two defenders and sinking the ball into the bottom right corner. Straight after that a penalty was awarded and Callum Gomez put it into the back of the net. By this point our boys had them against the ropes and maintained the pressure. At the other end, our goalkeeper Noah Ford had a superb game and kept us in the game with some great saves. It was all capped off by Callum Gomez, who was fouled a few metres in front of the half way line from which Evan Garro scored an absolute cracker that flew into the top left corner!
In the end the game proved to be a big boost in morale as even though we lost, we left the pitch feeling like champions. It felt better than winning to be part of this amazing team effort, as all the boys gave it their all. I’m really proud of this bunch against a very good side.
‘Incredible fightback’
Under-8 League:
Gibraltar United 3 v 7 Europa
Manager: Charles ‘Dami’ Eyoh
Europa u8:Its been a great season so far for us after we lost our first match against St.Joseph’s. The boys picked up their game and the story has been different since then, as we beat every team that came our way: College (8-1), Maccabi (9-1), Mons Calpe (9-1) and Lions (8-2). Yesterday was the icing on the cake, as with Gib United taking the lead, we came back to beat them 7-3. All the players did there best and played to the coaches’ instructions, to the extent the management team feel that the sky is the limit for this group of kids playing for Europa.
0Shares
PrevNext