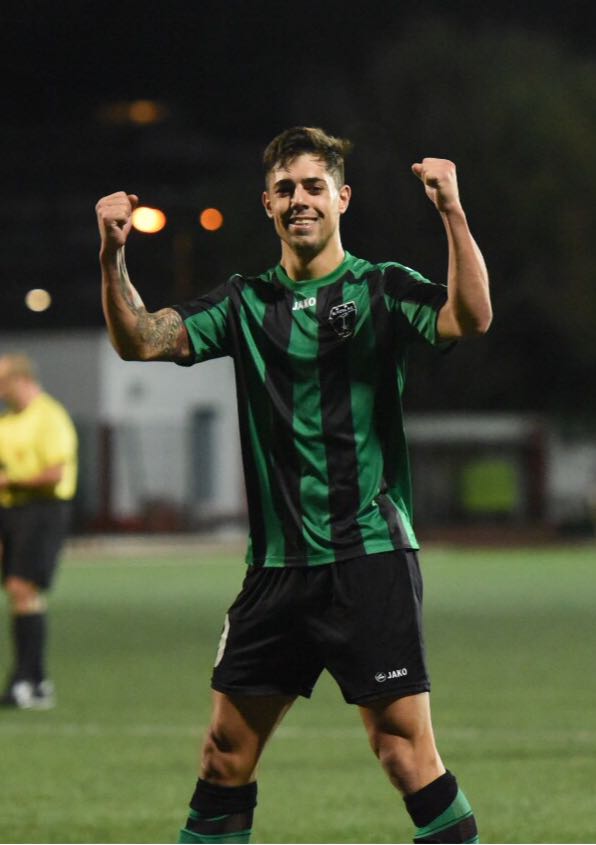 In-form Kike is the man Gibraltar United would have to tame if they were going to take anything from Europa in the 4:30pm kickoff.

The striker – who is recapturing his form in front of goal after his brace against Mons Calpe last week – told us he was eager for more.

“Against Mons Calpe I was fighting for the hattrick but it wasn’t to be even though I did hit the post,” said the Sevilla-born 22-year-old. “Even if I started the season with the same desire and confidence as the previous one I didn’t have as much luck in front of goal, but after the last game, let’s see if I can carry on getting them in the net today”.

Although the addition of Carreño and the departure of playmaker Liam Walker has changed the way the team plays, he believes Europa is returning to the form that made us League Champions and Rock Cup winners.

“Gibraltar United are a strong and competitive team so we will have to play the same as against Mons Calpe,” said Sevilla-born Kike. “We need to play to win and give everything we have so we can finish the game near the top of the table. Then we need to keep our form for the entire winter break so we can come back even stronger in February.”

The clash against Gibraltar United will be the last game held at the Victoria Stadium before the winter break when a new FIFA-approved modern playing surface will be laid down. Look out for special video features, interviews and friendly games as we keep pushing for even more coverage come 2018!