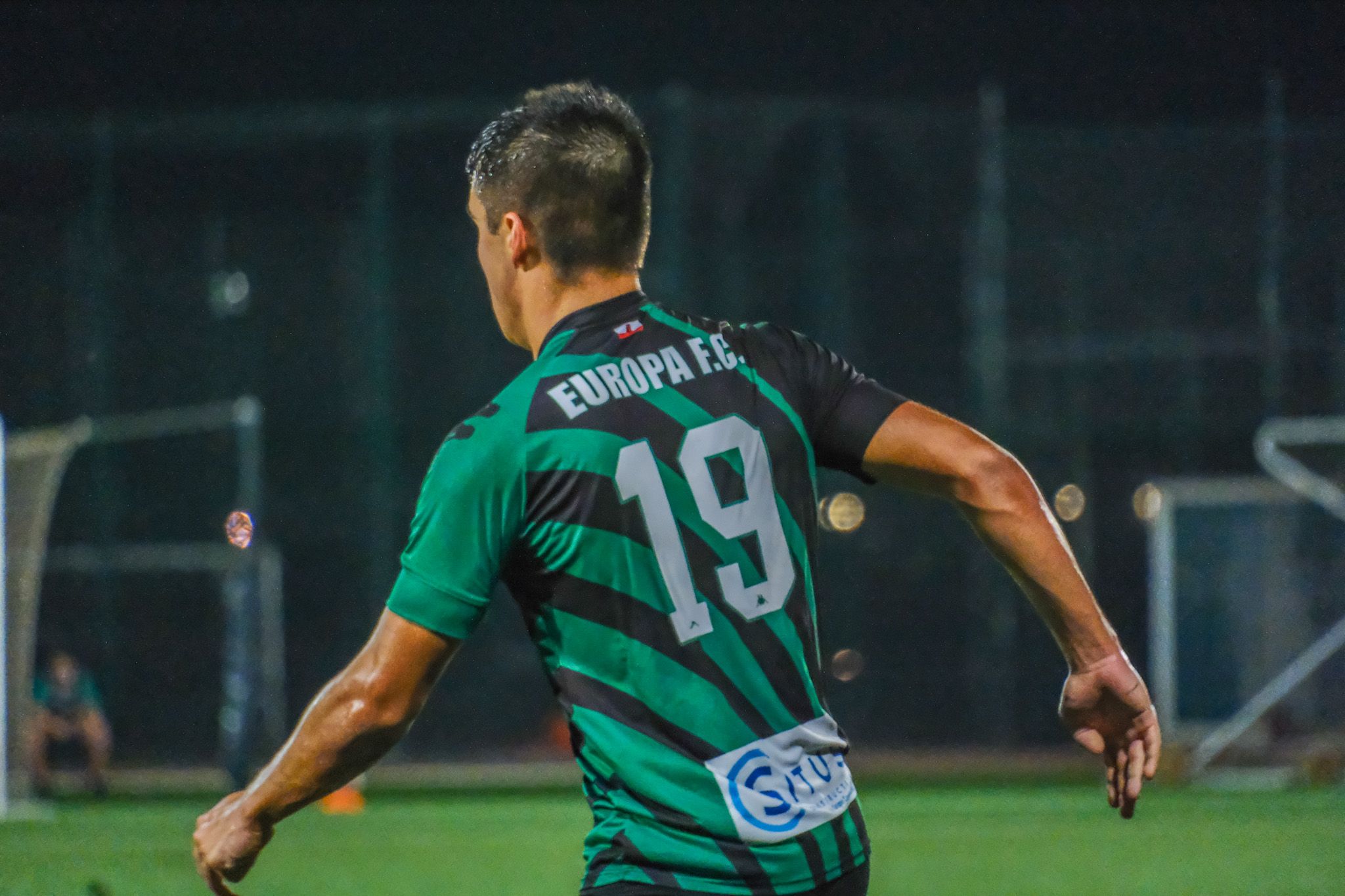 With the international break coming to a close, we spoke to Dylan Borge to get his thoughts on our season and more.

After elimination from the Conference League, the team has made great strides since the summer and currently sits top ahead of Sunday’s game against Mons Calpe. We asked Dylan how he feels the team has moved on since then. “Since the Conference League defeats we have improved a lot in my opinion because we have got to know each other better as we were a new team from last year with a new manager. The team has been getting good results and hopefully, it carries on.”

A 7-0 victory over Glacis saw us rise to the top of the league as we went into the recent international break. Dylan reviewed the season so far, “So far the season has been very good. We’re fighting for the top spot and we are confident we can keep our good form going. We have many things to improve on as a team and me as an individual too but we’re on the right track and doing the right things.”

Following the appointment of Steve Cummings, the team has improved in many positions and the results on the pitch are a reflection of the great work done behind the scenes. Dylan had this to say about the head coach, “We’re top of the league now but we know we cannot slow down or get comfortable which is something that the manager is telling us and he has had a very good impact so far on the team and we have adapted to his tactics and his style quickly.”

At only just 19 years old, Dylan is making massive steps forward in his footballing career and is showing plenty of signs of promise. Dylan gave us an insight into his goals for the season, “Every year I start with the same goal which is to try and play as best as I can to help the team. The main goal is always to push to win the league and the cup which in the last few seasons we have fallen short but hopefully this year we can go that extra step further.”