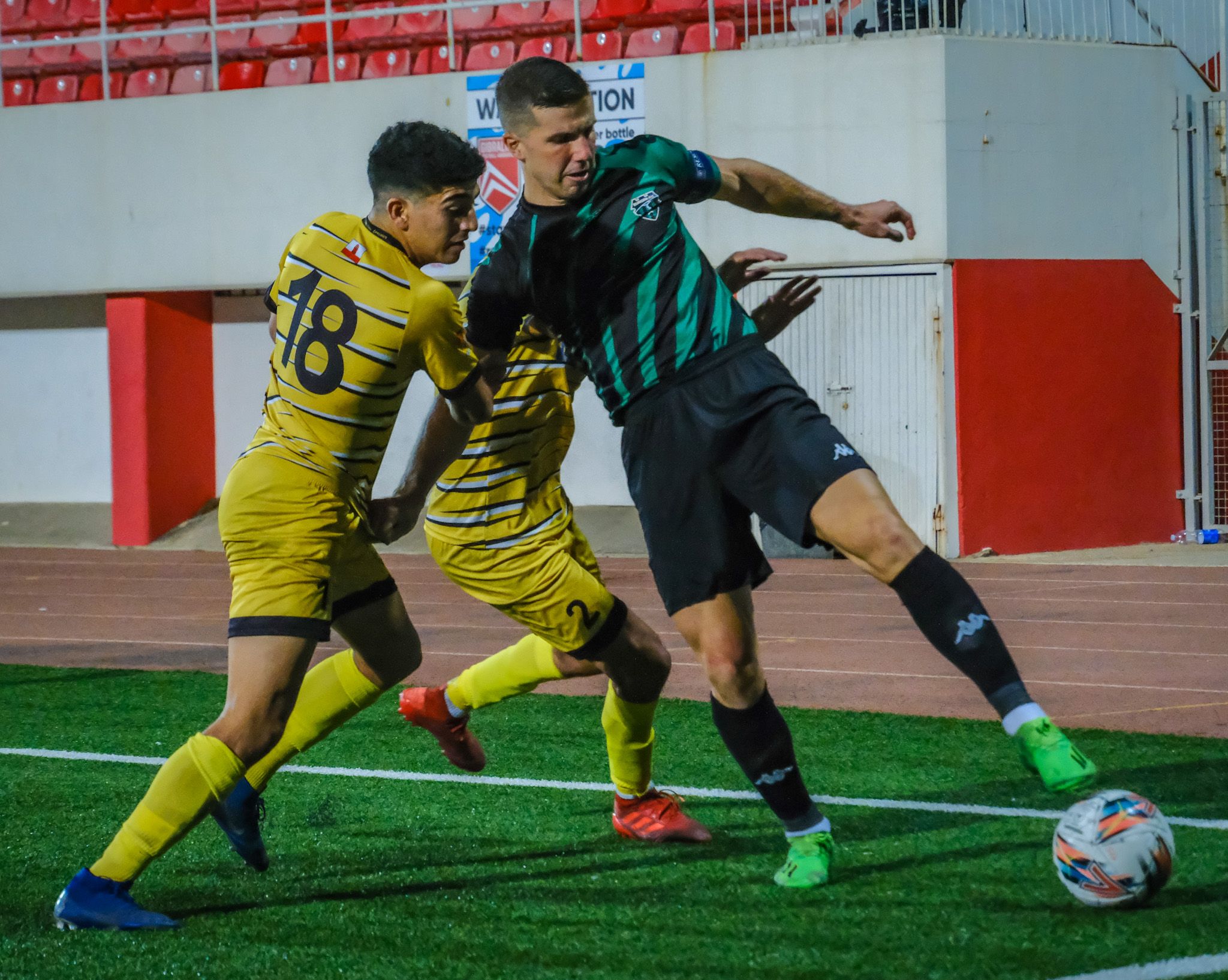 Ahead of Sunday’s game against Mons Calpe, we caught up with club captain Jayce Olivero to get his thoughts about everything that is Europa.

Our win over Glacis saw us move top of the league as we went into the two weeks break – Jayce reflected on our season so far, “The team has done well in the season so far. We had a really strong preseason to ensure we were ready for the start of the season. The hard work both the players and coaches put in has shown throughout the season so far. The team has given everything in each game and has given a lot of importance to each game. In every game, regardless of whether the result has gone our way or not, the team has fought till the very last second. That is something I’m proud of.”

He added, “There is still a very long way to go. We will continue working hard and approaching each game with the importance it deserves.”

Jayce lead the team out for both UEFA Conference League games and has retained the captaincy for the current season. We asked him how he feels the team has moved on since then, “The team gave everything during the Europa Conference League campaign and regardless of the results, we have taken a lot of positives from it. Since then, I believe that the team has taken a big step forward in the right direction. As from our first day back, everyone (both players and coaches) has been working tirelessly to prepare as best as possible for the new season. We all worked hard in the lead-up to the season and have continued this throughout. This has given rise to our positive start and our good results. This is the path we want to continue.”

The appointment of Steve Cummings has transformed the club in such a short space of time and sees us remain undefeated in our first six games. We asked Jayce about the impact Steve has had on the team, “The new head coaches, along with the rest of the coaching team, have had a really good impact on the team. The work of the coaches and the players has given rise to a strong team where everyone gives everything to each other on the pitch. That relentlessness and togetherness the team possesses is a product of the philosophy the coaches have implemented. The positive response of the players to the coaching team has also been a product of the great work they do at not only a football level but at a personal level also.”

Jayce started both of Gibraltar’s recent international friendlies against San Marino and Andorra respectively. We asked him how it felt securing those wins in what will be the two last international games at the Victoria Stadium, “Every time I am fortunate enough to be away with the national team it’s a truly great experience. The preparations for the two big games went well and that allowed us to achieve two very positive results. I am grateful to have been able to be part of these great experiences. We have formed a really good group and family, who do give everything. These games were the last international fixtures played at the Victoria Stadium before works begin for the new stadium. To be able to play in front of our home crowd was something truly special. Their continued support means everything to us. We dedicate our hard work to them.”

Lastly, Jayce gave us an insight into his goals for the season, “I aim to be the best player and captain I can be for the team. I’ll be giving my everything to help the team as much as possible toward achieving our goals. Each day I aim to be better and push my limits. In each game, I want to continue growing and learning. There are always ways to get better and I’m constantly searching for this.

He added, “I’d like to stay healthy and be able to continue on this path with this great team we’ve built. I’d like to help as many of the youngsters as possible in pushing through to the senior team. This is something important for me. I want to continue to be able to represent Gibraltar on the international stage. I will continue to work hard throughout the season to help make this possible.”