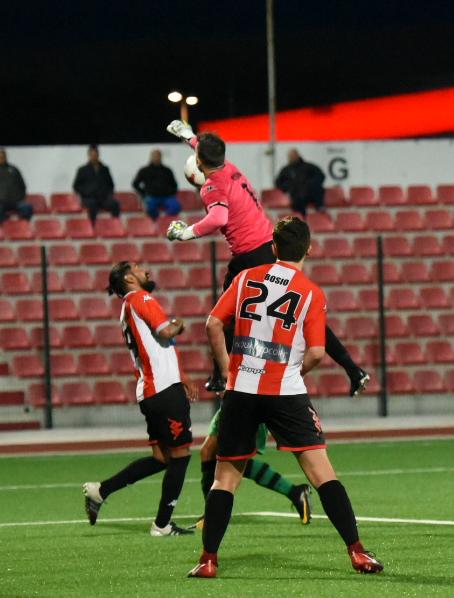 Although Europa started the game brightly the affair soon became a midfield battle which Gibraltar United competed fiercely to win. Kike had a chance early on when he was clean through but he fired the ball the wrong side of the post as was another effort from Ibrahim Ayew. In the end it took a touch of brilliance for Gibraltar United to take control of the clash when local boy Michael Negrette fired from the corner of the penalty box into the top corner past our helpless goalkeeper Jose Camara. It was an absolute peach and there was very little we could do about the strike. Europa surged forward looking for the equaliser but were unable to create the breakthrough throughout the game, despite having most of the possession. It seemed to be one of those days and it was all over when a cracking run by Egyptian Elghobashy was met by another Gibraltarian international Jamie Bosio to make it 2-0 on the night.

At the other end, Kyle ‘Chino’ Goldwin was inspired form after his call-up to the national squad two weeks ago, keeping out all that Europa could throw at him. The loss meant that Europa stayed second with four points over their nearest rivals, but as league leaders Lincoln were also beaten by St Joseph’s, the title race is still on for the third round of matches in the league season.